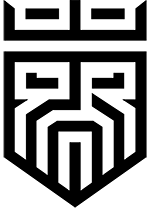 About The King's Code

Rising Up As A King... A King Unto The King Of kings.

What Is The King's Code?

The King’s Code is a systematic approach to helping men break free from purposeless living and take their God-given position as a king on this earth and rule & reign in their marriage, family, business and life.

The King’s Code is a movement of men that are taking their faith, family, production & health seriously.

We are men that live by the code… The King’s Code!

The King’s Code is the #1 Training & Coaching system for Christian Businessmen & Leaders. We train men how to rise up as a king, a king unto the King of kings and lead their family, staff, loved ones to greatness.

Have you have been surprised (and frustrated) that one or two areas of your life seem to be on fire, yet another areas is falling apart?

What makes it even more frustrating is, you stop what you are doing to focus on the area that is falling apart, only to have the areas that were on fire are now falling apart too!

Here is why this happens….

Most men live in a state of being one-dimensional, maybe two-dimensential living… Here is an example of a two-dimential man.

Can you relate to any of this?

Most men living this way, live in a constant state of either boredom or burnout. Simply because most men can’t get out of the two-two-dimentional living, so there focus is always on two primary areas of life. Which is why something will always be falling off and falling short.

Because most men find themselves in this pit of despair, we have a systematic approach for not only getting out of the pit of despair and mediocrity, but also to rise up as a king and truly start leading and living with purpose.
Our framework starts with the foundation of what we call the Q4, which consists of Faith, Family, Production & Health.

Paul Cooley is the founder of the King’s Code, which empowers married businessmen to be the men God has called them to be and achieve lasting results in their Faith, Family, Business & Health.

The Framework Paul teaches was birthed through trial and fire during a very dark time in his life.

Paul is also a husband, father, preacher, coach & podcaster. He is married to his wife Kristy and has 4 wonderful kids!

This website uses cookies to improve your experience while you navigate through the website. Out of these cookies, the cookies that are categorized as necessary are stored on your browser as they are essential for the working of basic functionalities of the website. We also use third-party cookies that help us analyze and understand how you use this website. These cookies will be stored in your browser only with your consent. You also have the option to opt-out of these cookies. But opting out of some of these cookies may have an effect on your browsing experience.
Necessary Always Enabled
Necessary cookies are absolutely essential for the website to function properly. This category only includes cookies that ensures basic functionalities and security features of the website. These cookies do not store any personal information.
Non-necessary
Any cookies that may not be particularly necessary for the website to function and is used specifically to collect user personal data via analytics, ads, other embedded contents are termed as non-necessary cookies. It is mandatory to procure user consent prior to running these cookies on your website.
SAVE & ACCEPT